Pure Bassey is a smash hit dynamic theatre production that is widely accepted as the foremost tribute show to Dame Shirley Bassey. It is performed by the award-winning Miss Julia Martin, who in 2018 and 2019 was presented with the accolade of the UK’s No1 Shirley Bassey tribute by the NTMA. Julia is also the only DSB tribute in the world that uses a collection of stunning original Bassey gowns throughout her show. These gowns were worn by Shirley throughout her glittering career, and include the world-famous Gypsy Gown, created by Douglas Darnell. Each of these gowns helps to create the illusion of Shirley herself being on stage, and between them they span over 60 years of Shirley’s success.

The show has been described by theatre audiences as totally authentic in every way, not only captures Shirley’s incredible stage presence, power ballads, and magnetism, but also delivers a spectacular evening of entertainment, that no true Bassey fan will want to miss. Dedication and meticulous attention to detail is what makes this theatre performance so special, and Julia’s amazing ability to mimic not just the voice, but also the Bassey mannerisms, power ballads, and extravagance of gowns will leave you thinking that you have seen the original artist. This spectacular production brings to life the inspiring and incredible story behind Shirley’s glittering career, and ‘Pure Bassey’ has taken Julia around the globe, entertaining for Heads of State, Cruise Companies and Leading Hotels of the World. The show is further enhanced by a baby grand piano, musicians, backing singers, and a spectacular moving-head light display. A large video screen not only tells the story of Dame Shirley’s incredible raise to fame and stardom, but also allows Julia to recreate and perform virtual duets between Dame Shirley and other singing legends from past and present.

The captivating story, regarding the purchase of Dame Shirley’s show gowns is soon to be a television documentary, presented by Julia, who will be touring the world interviewing other owners, who also purchased gowns from Christie’s of London, in a star-studded televised auction, with Dame Shirley herself in attendance. Julia now owns the largest private collection in the world of these priceless show gowns, each one with a fully documented history of when and where they were worn by DSB. Follow this story by clicking HERE. 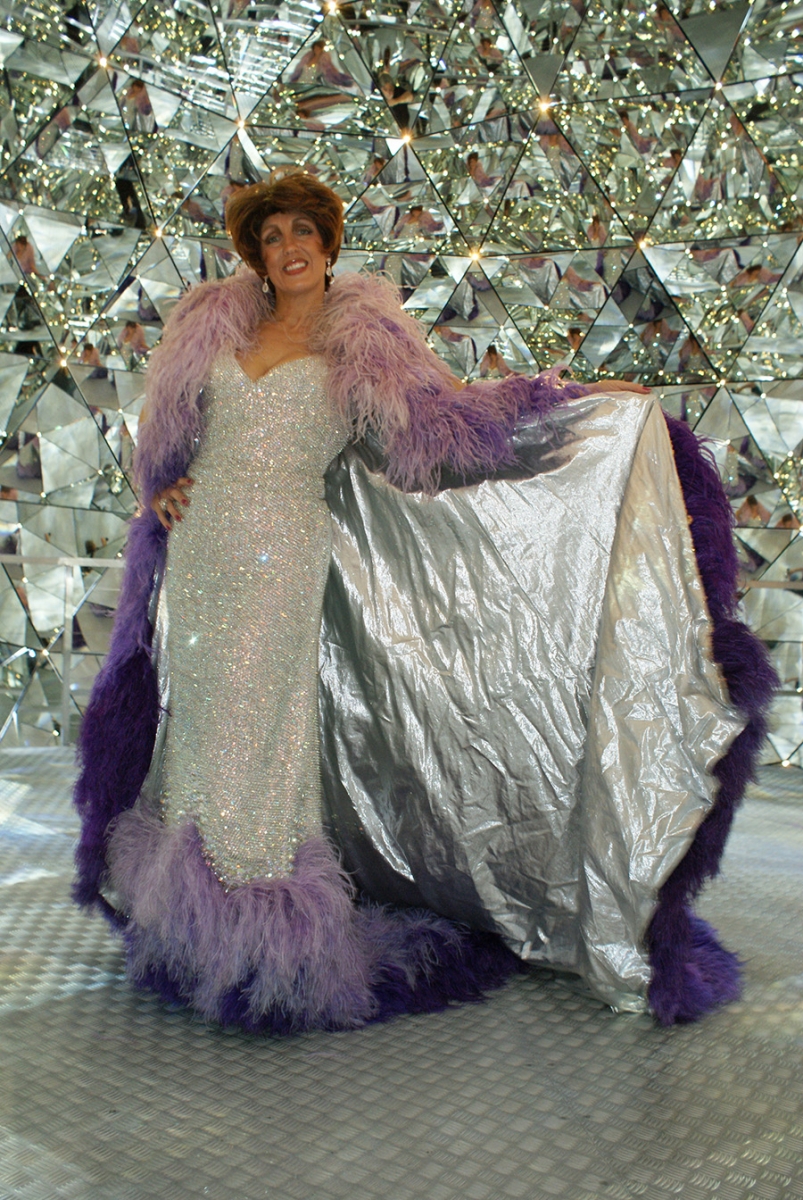 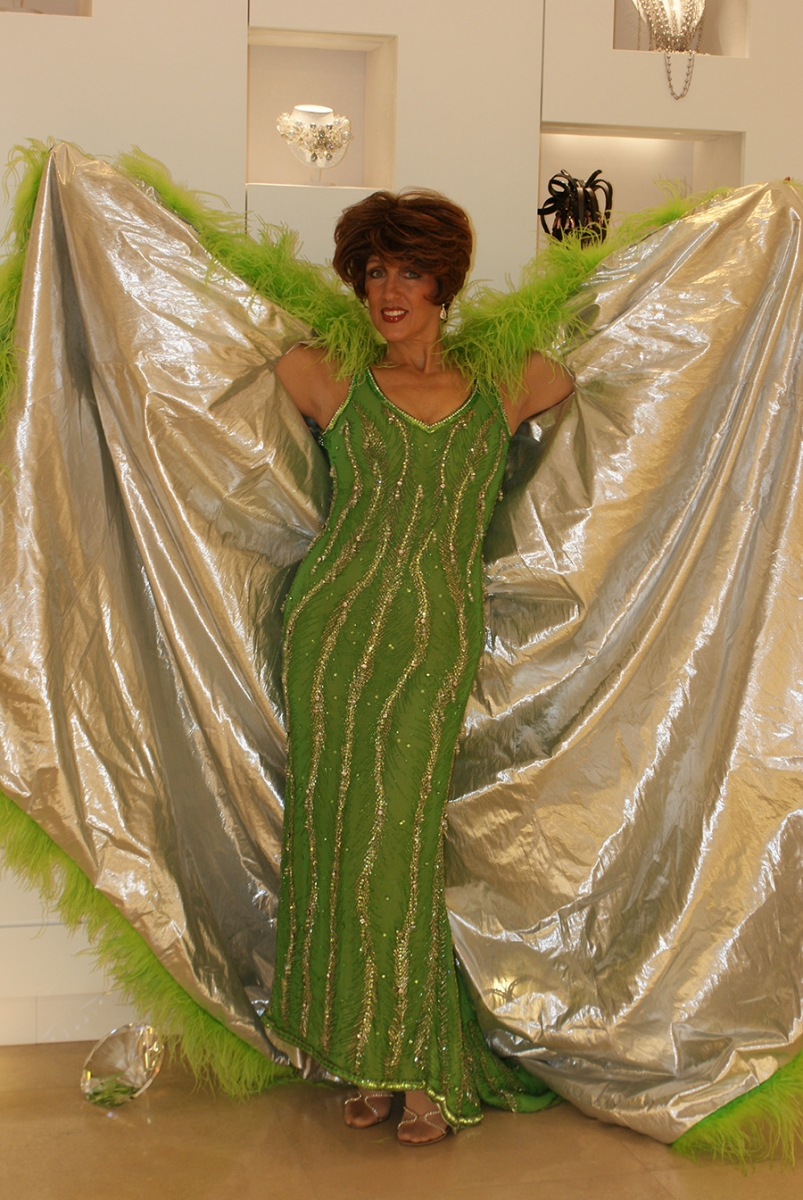 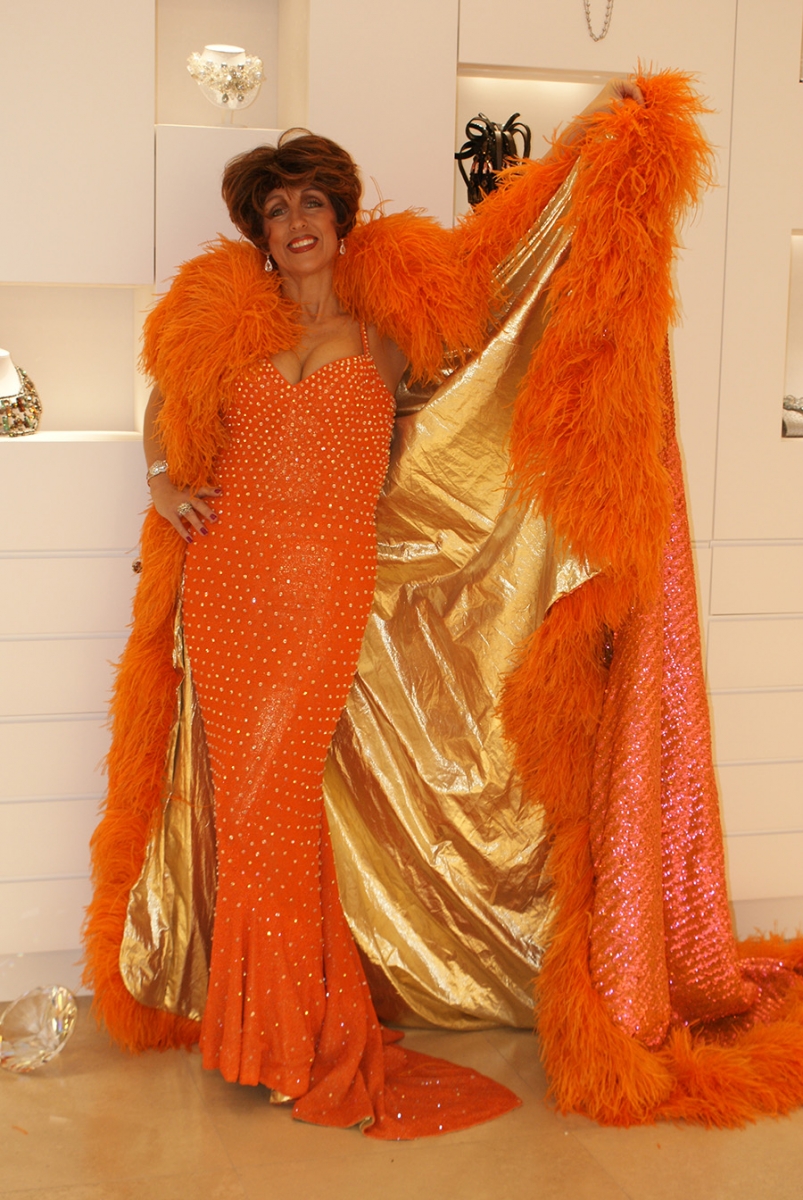 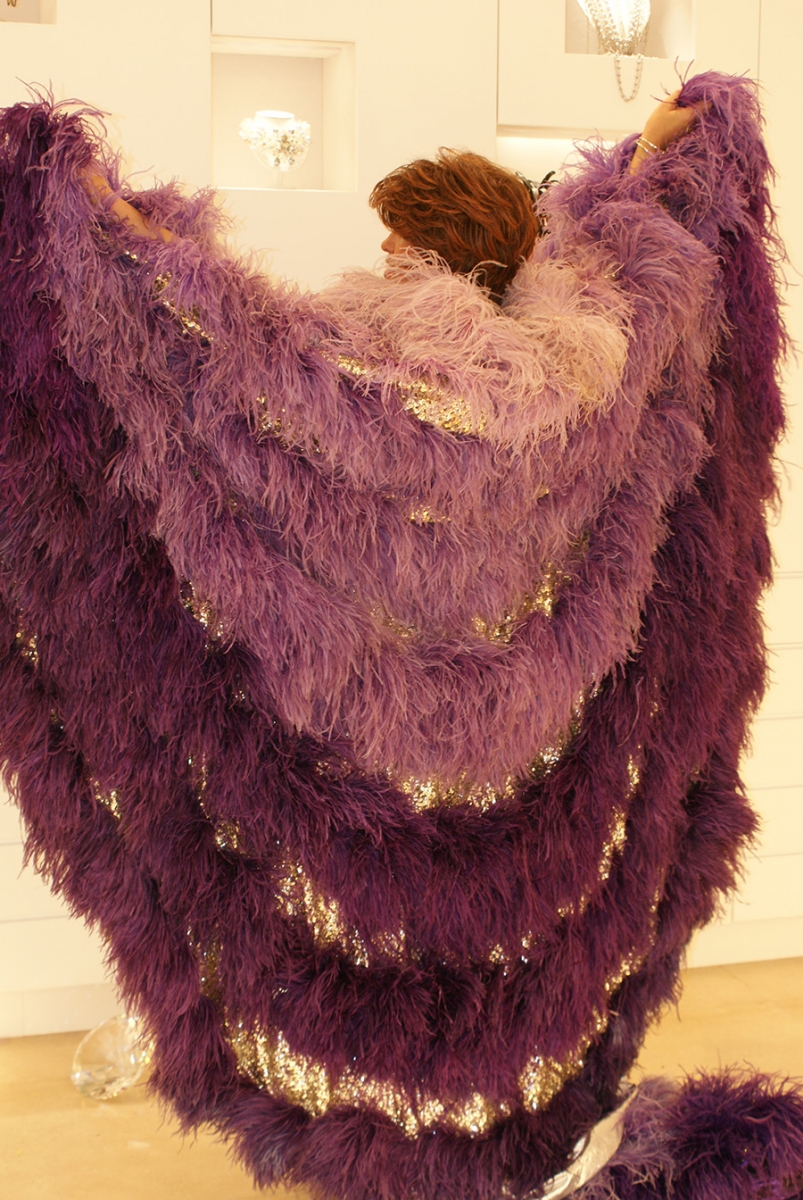 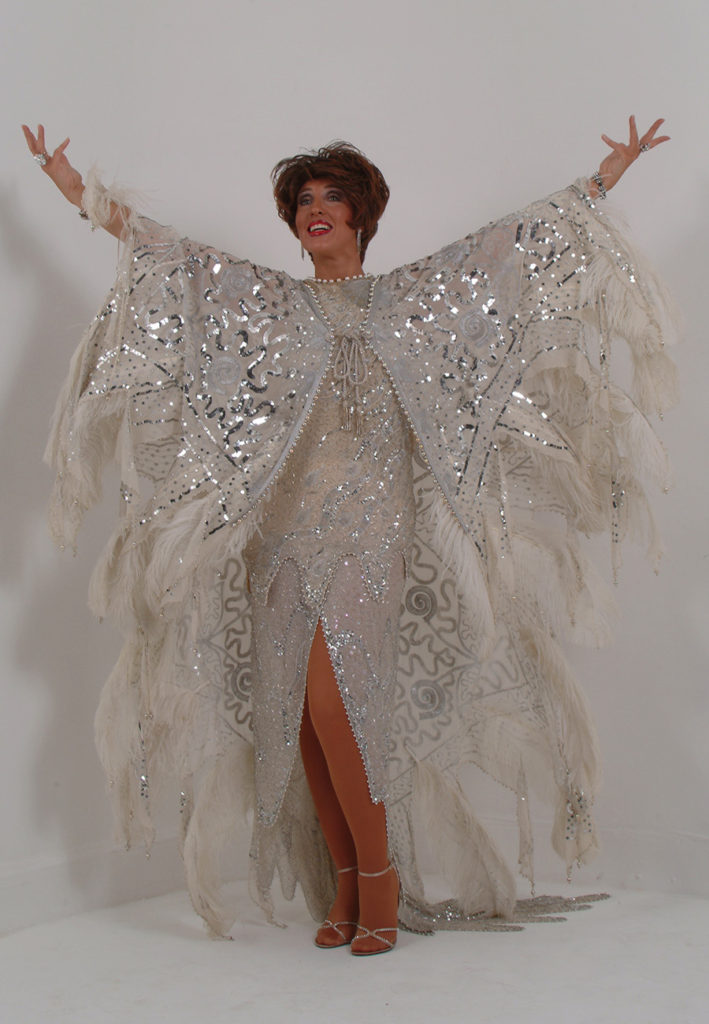 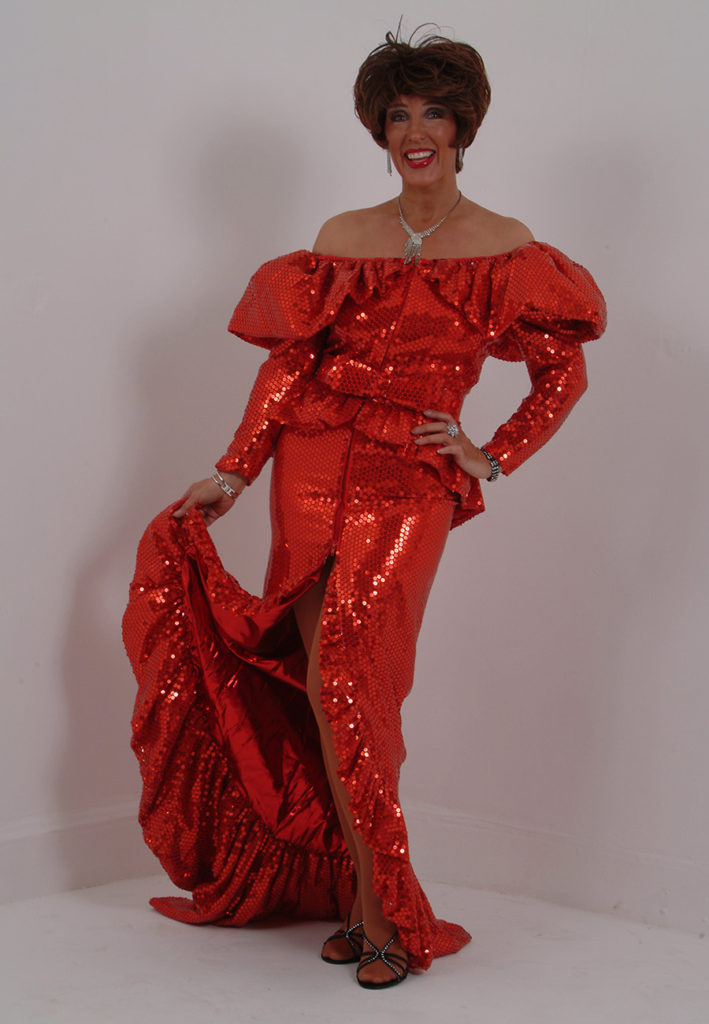 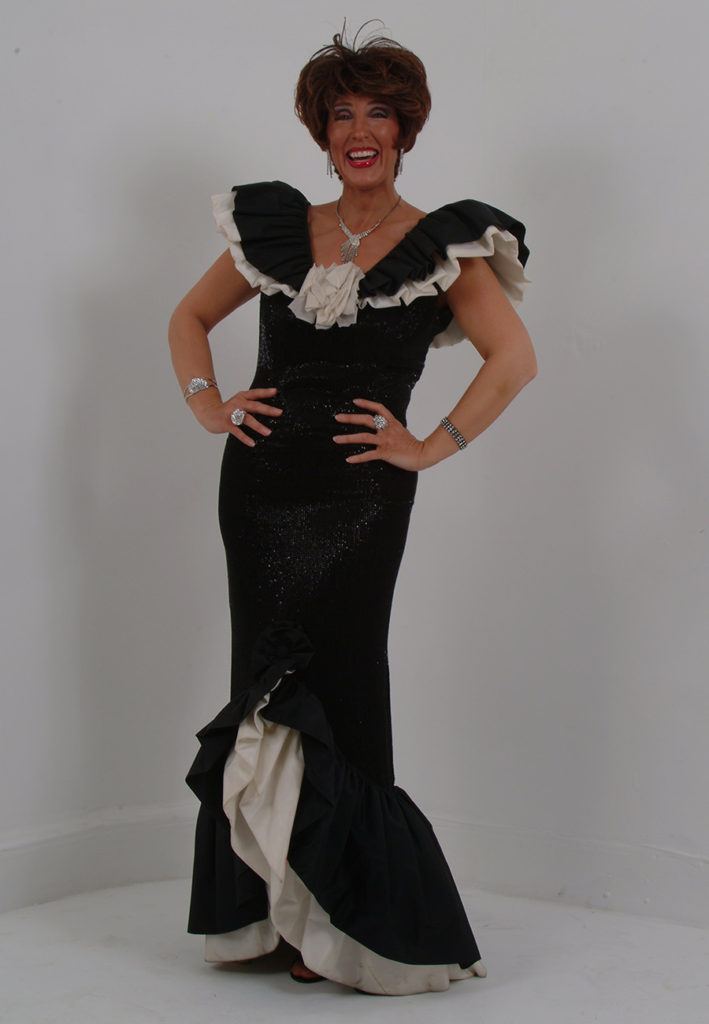 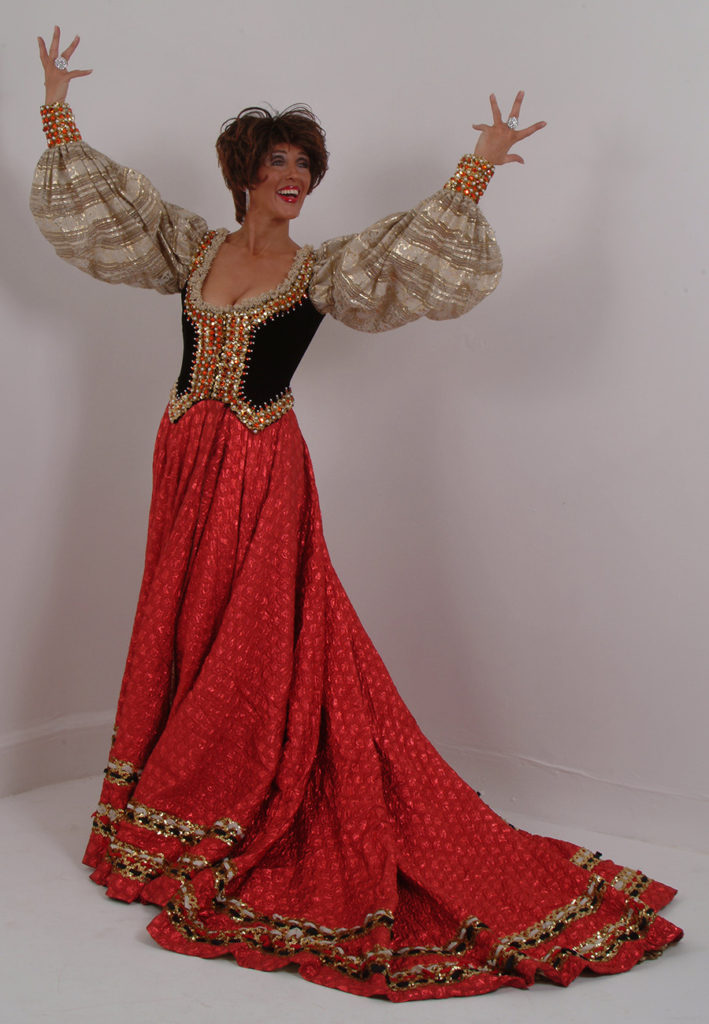 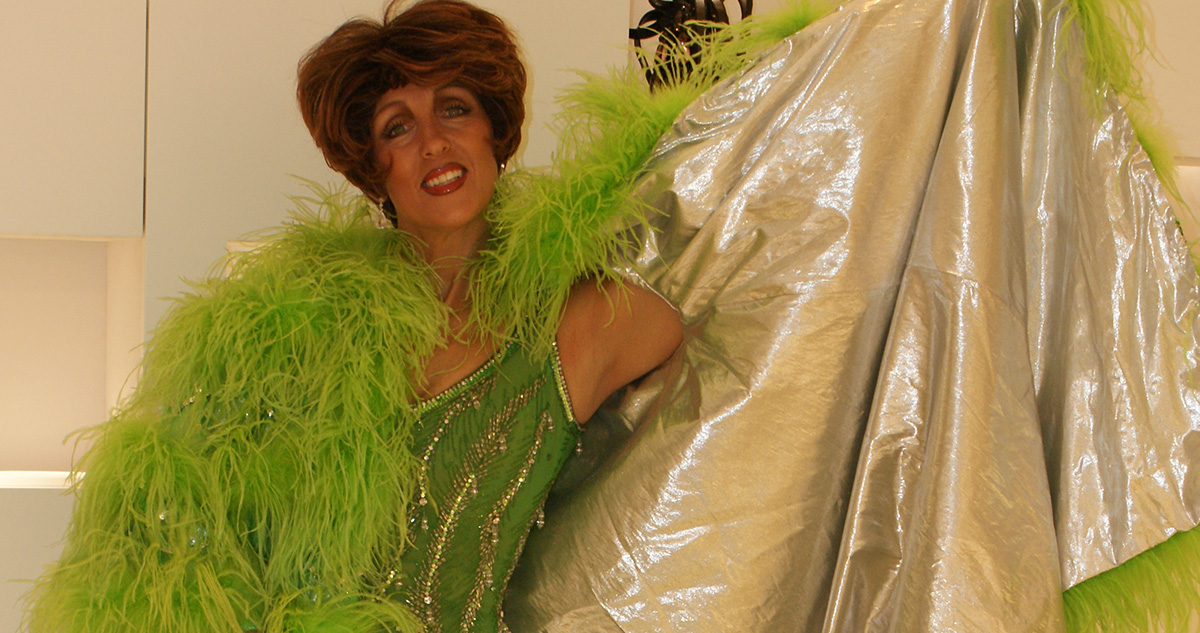 Sky Television Cruising With The Stars

‘What a World Class Performance’

‘What stunning gowns and such an incredible voice’